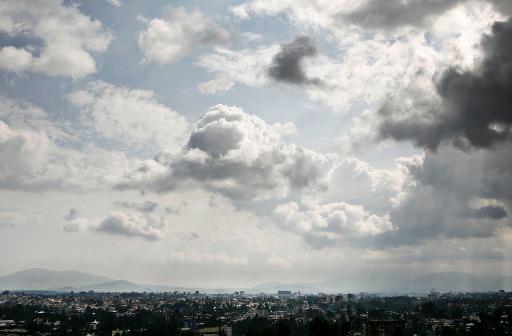 When completed, the project to provide energy for both local consumption and export will be the largest source of foreign direct investment in Ethiopia.

« This is an epic moment for all of us… bringing Ethiopia to the forefront of geothermal development, » said Reykjavik chief executive officer Gudmundur Thoroddsson.

Three-quarters of the project is funded by Reykjavik Geothermal, backed by private investors, while 25 percent will be borrowed.

The geothermal farm — located 200 kilometres (124 miles) south of the capital Addis Ababa — will be built in two phases, with the first 500 MW phase to be completed in 2018. The second phase is expected to be finished in 2021.

Thoroddsson said geothermal is an ideal source of energy in Ethiopia, which is vulnerable to erratic weather and oil price fluctuations.

« It’s an energy source that is very reliable, always there and is not dependent on weather so it fits very well into the mix, » he told reporters.

The energy produced from the project will be used for both local consumption and for export to neighbouring countries, the head of the Ethiopian Electric Power Corporation, Miret Debebe, said.

« Geothermal (is) one of the most attractive renewable energy resources, » Miret said, adding that « trade with neighbouring countries will increase significantly ».

The project is the first geothermal farm in the Ethiopia, which has a total potential of 3,000 MW of geothermal energy, making it one of the largest geothermal sites in the world.

Iceland-based Reykjavik Geothermal was established in 2008 to develop geothermal resources in « underserved » markets, the company said.

Ethiopia has made heavy investments in green energy projects, including wind, solar and hydropower.

A series of hydropower dams are currently under construction throughout the country, including the 6,000 MW Grand Renaissance Dam on the Nile River, which will be Africa’s largest dam when completed in 2017.

Ethiopia has the capacity to produce 45,000 MW of power, more than the total amount currently consumed in all of sub-Saharan Africa, according to official figures.

The government says it wants to transform Ethiopia into a carbon-neutral, middle income country by 2025.

Foreign investments in Ethiopia have mushroomed in recent years, with Chinese, Turkish and Indian companies investing in a range of industries, including manufacturing, agriculture and construction.